Magnificent weather and beautiful scenery made for a great day out. We covered a lot of the route used by the Yea school bus, led by one of the drivers – Dave. We had a bit of everything to contend with: smooth sandy roads, gravel roads, fallen trees and animals – mixed in with picturesque rivers, strange rock formations and hills galore.

As promised, we had to stop at the Cheviot railway tunnel and hear about Reg’s trip on the train back in 1970-something. 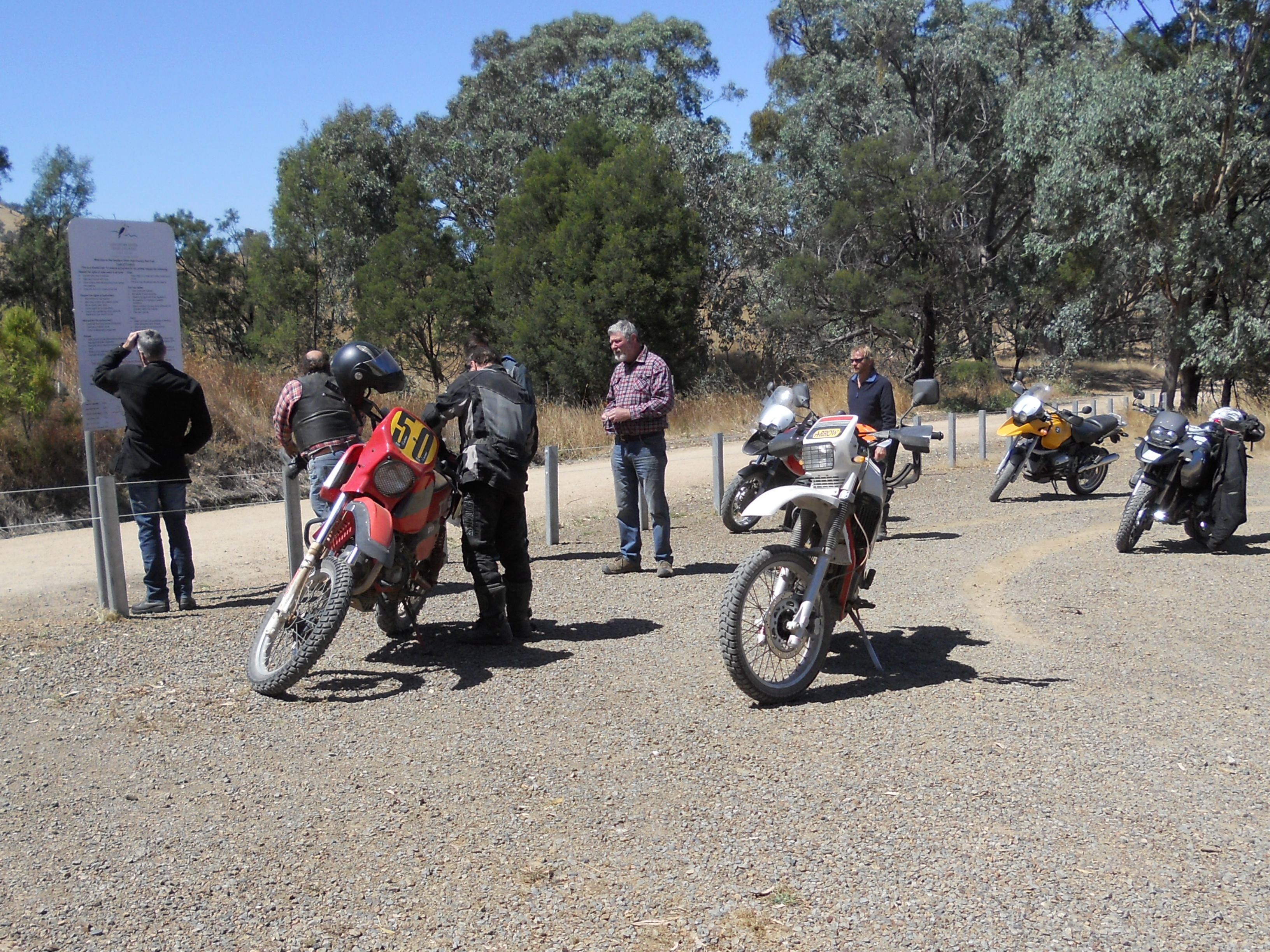 And, as if the tunnel wasn’t enough fun – Antony decided to test the GS hill-climbing prowess, and scaled the goat-path up the railway embankment to the road. He made it, but at the top the GS got tired, and had to have a lay-down for a minute or two. Unfortunately, the cameraman was looking the other way at that precise moment.

The rest of the day’s fun were the encounters with the wildlife: while Antony and I were “scouting ahead” of the main group a large kangaroo thought it might hitch a ride on the back of the Guzzi, luckily turning away at the last moment when it saw the Guzzi doesn’t have a pillion seat, thereby causing Antony to slow down to avoid picking it up instead. We also nearly got a puncture from a large echidna.

Then Reg and Ben failed to appear at a corner stop, and I went back to discover them being hounded (cowed?) by a small herd of cattle, reducing them to travelling at a walking pace.

We managed to do around 200 km in the vicinity of Yea, and end up at a Pub in Seymour for a good but late lunch, then we all parted ways. On the homeward stretch to Yea the AJS shed a few more parts on the road (as they do), which made it even faster through the rougher forest tracks Dave, Peter and I took as “the back way” to Dave’s house. Pete and I were relegated to close second and distant third respectively as Dave got into his home territory  – however, the animals had the final word – a stray Shetland pony running down the middle of the track took us by surprise, so we continued in a more sedate manner.